A COLOURFUL HALLOWEEN themed May wedding with personalised handmade deCOR

For Alexandra & Matthew’s wedding I not only designed & made a personal backdrop for them, but also provided them with venue styling and on-the-day co-ordination. Their day took place at not one but two venues, and due to the nature of both venues they had limited time for styling and set up.

Firstly the ceremony took place at the Old Lighthouse in Dungeness, yes an actual lighthouse! For this I designed them a ceremony backdrop to add some colour to the ceremony. The backdrop was made up of pastel streamers to match their colourful theme, along with gold paper mache skulls and a paper swallow garland which matched their invites (swallows were drawn by Anna Candy Illustration). As you can see it was pretty darn windy, but the couple didn’t let that stop them enjoying themselves.

After the gorgeous ceremony, the guests got on the Romney Hythe & Dymchurch railway to get back to their cars! Next up it was onto their village hall reception for fun food and rocking out! Matthew proposed to Alexandra on Halloween (yes, he carved will you marry me into pumpkins….. how ridiculously cute!), so the couple wanted this reflected in their day. Firstly the wedding was in October & secondly the decor was littered with cute halloween references. There were pumpkins, a skeleton bride & groom, gold paper mache skulls and cute skull table confetti. It wasn’t all black & orange though! On the contrary, their wedding was a colourful affair with giant coloured balloons filling the ceiling,  their colourful ceremony backdrop now being used as a photobooth backrops, bunting made from old Kerang magazines, cute swallow temporary tattoos and fantastic hand made paper flowers.

We absolutely adored working on their wedding , Alexandra & Matthew were a dream couple – and how ruddy cool do they look? 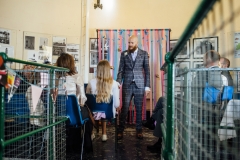 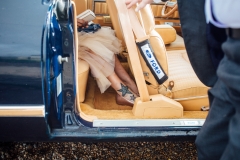 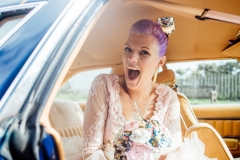 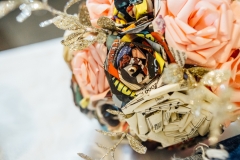 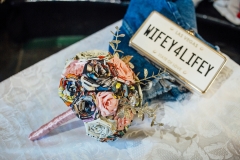 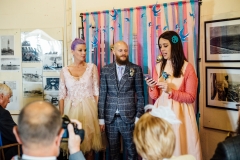 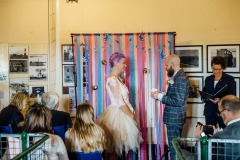 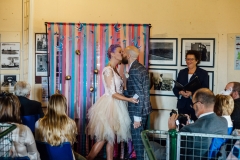 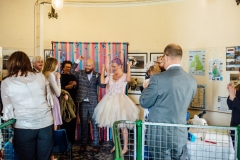 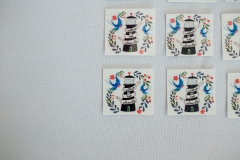 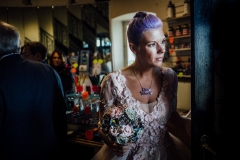 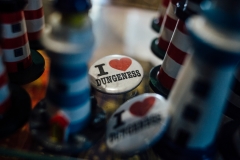 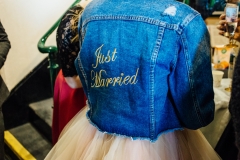 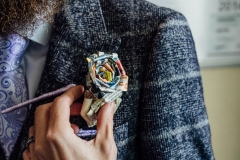 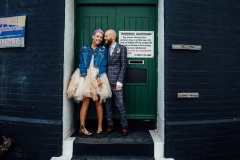 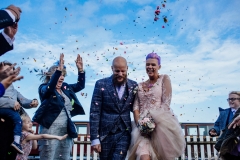 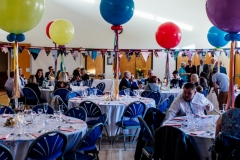 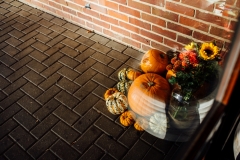 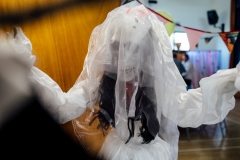 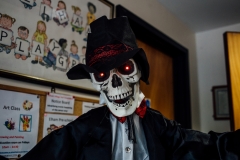 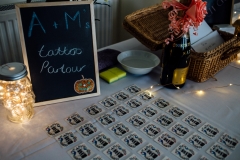 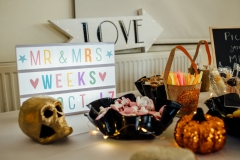 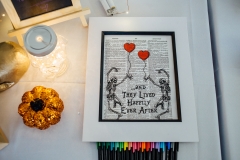